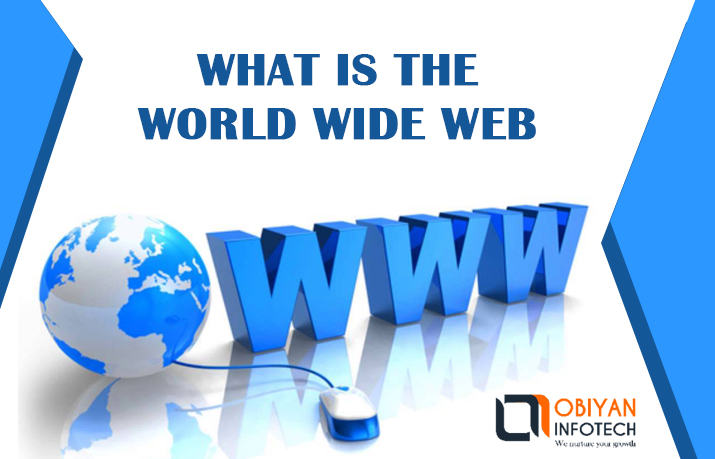 The World Wide Web (www) is a global computer interface available through the Internet. It is made up of interconnected web pages that offer various types of textual and multimedia content.

The World Wide Web is based on hypertexts: text files (pages) in which hyperlinks or links can be inserted that take users from one web page to another or another point on the same page.

How and when was WWW invented?

The World Wide Web is www full form and it was invented in the 90s at CERN. This European Organization for Nuclear Research had the most comprehensive particle physics research and experimentation laboratory in Geneva, Switzerland.

Its originator was Tim Berners-Lee, a British computer scientist who operated on an internal communication project at CERN itself. During development, he realized that he could extend the system to the entire world. The intention was to utilize hypertext, which previously existed, to joining documents in a network of nodes, so that the user could determine how to navigate between them.

The first name for this system was mesh, that is to say, “network of nodes,” to dry. Berners-Lee handled a NeXTcube as a server and composed his browser, which was also an editor.

The World Wide Web was kept in a minimal scope until 1993 when the unrestricted use of the Web was allowed, and Mosaic appeared, the first graphical browser.

In late 1994 Tim Berners-Lee founded the World Wide Web Consortium (W3C), and with it, several companies became involved in creating standards and recommendations. The W3C established that the Web would be based, since then, on accessible technologies and that it would be available to everyone, free of charge, without patents or copyrights. This led to its exceptionally rapid dissemination.

You can read also: What is a URL?

Difference between the Web and the Internet

The Internet is an arrangement of interconnected computer networks. This is where its name comes from: Internet is the contraction of “interconnected network,” interconnected network in English. The structure makes it possible to send “packets” of information from one computer to another, thanks to a complex system of addresses that send this information to the right place. The ancestor of the Internet, namely ARPANET, was invented by the US Department of Defense in the 1960s. They first used it for military purposes, then to facilitate the transmission of information between universities and institutions—research centres. The Internet allows different applications, such as mail or peer-to-peer, used for file sharing.

As we read earlier the full form of www is World Wide Web, and is generally considered to have been born in 1989. This is, in fact, the date of writing of the first document describing what will later be called the World Wide Web. Its inventor was Tim Berners-Lee, then a physicist at CERN, the European Council for Nuclear Research. The Web makes it possible to consult pages on sites, thanks to adapted browsers, and via machines or smartphones. It is a bit of a massive library of documents, which rests on the complex foundations of the Internet. The Web uses many technologies and protocols to be easy to use. This is, for example, the case of hypertext, which allows you to go from one site to another by clicking on a link, or URLs, which identify the website.

HTML and other languages ​​of the Web

Web pages are based on the so-called markup language, which combines text with inserted marks or labels (tags, in English). These marks tell the browser what to do and how to do it, from formatting the text (bold, italic), to linking or inserting other resources to instructions on how the content is structured.

The standard language of the Web is HTML (HyperText Markup Language). HTML has evolved a lot, especially since the appearance of smartphones with an Internet connection.

These languages ​​cannot be considered “programming” as they run on the client device and only interact with the browser. Others, which are used for programming, run on the server. They control various resources and create web pages “on the fly” (HTML, CSS, and JavaScript) that are sent to the client’s browser. The most popular are PHP, JSP, and ASP.Net.

You can read also: What does WYSIWYG mean?

URL (Uniform Resource Locator) addressing is used to find files on the Internet using names. Each resource on the Web has a unique URL that leads the browser to that information and not to another.

How does it work? First, the browser contacts a DNS (Domain Name System) server to translate that name into a numeric IP address. Once received, it uses it to go to the specific server and resource on the Internet. With this system, even if the IP addresses change (which they do, and often), the browser only has to remember the name. If the DNS database is up to date (usually takes a while), it will find the resource.

In a computer network, computers “dialogue” with each other through a protocol, a system of rules that both machines know and respect.

The HTTP (HyperText Transfer Protocol) protocol was created to facilitate that “dialogue” on the World Wide Web. It works in four steps: connect, request, reply, and disconnect. It is a stateless protocol since it does not store information about what it does. When you need to keep that information (for example, in web applications), you have to use cookies, which save information on the client machine, or pass parameters through forms and scripts, as search engines do.

The HTTPS protocol (HyperText Secure Transfer Protocol, used on this website) adds security to HTTP through an encryption system. This prevents the information from being intercepted and deciphered.

Backlink and Net Linking: what are they?

What is Internet Marketing?

HTML WHAT IS IT?