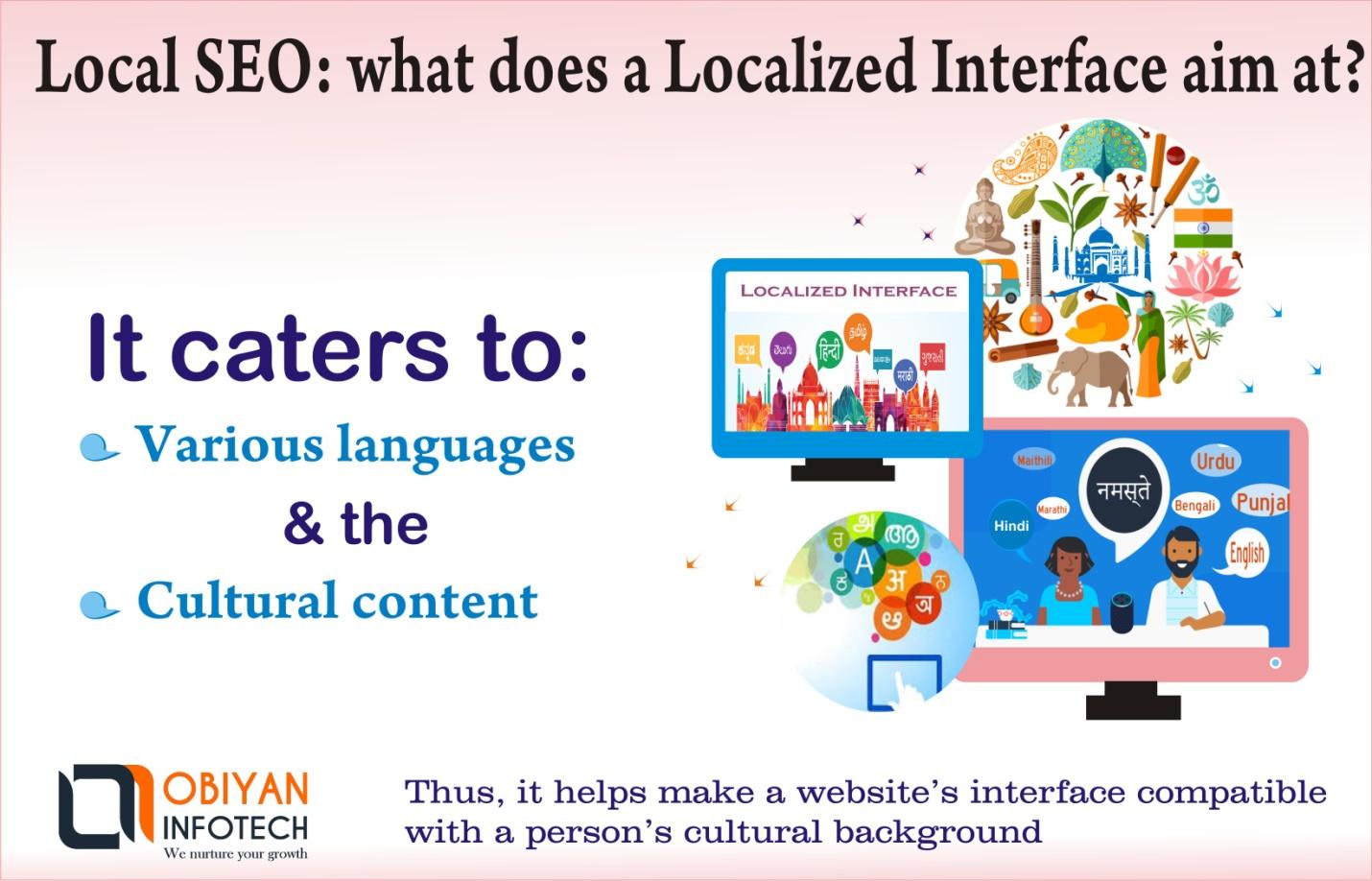 Almost till 2 decades back, English used to be the predominant language across the Internet. However, the last 20 years have witnessed a massive and rapid increase in the number of the people accessing the World Wide Web. Besides, apart from English speaking people across the world, visitors from various regions, speaking different languages, and belonging to various cultures, have been visiting the Internet very often.

Why opt for a Localized Interface?

A specific audience from a typical locale needs to be targeted in a specific manner. Thus, Local SEO Services can and does play an important role in targeting specific audiences from the specific locales. As most of the audiences from various locales across the world communicate their thoughts in various languages and believe in, apart from practicing various cultural ideologies, their requirements also vary to some extent or another.

Thus, a business website requires a Localized Interface. As a result, the Local SEO Services  should not be taken for granted. It aims at making a website’s interface compatible with a visitor’s cultural background.

Advantages that the Localized Interface aims at providing your business with

Local SEO usually yields high business revenue. Though it requires more of investment, the ROI is usually good. The major advantages of Localized Interfaces are listed below:

A Localized Interface allows the website design to take care of an audience’s cultural peculiarities in a number of ways. It’s a great advantage allowed by the Local SEO that your brand is facilitated further in the market as it is able to connect well with the local visitors. It naturally cements a bond with the customers by respecting their heritage and the cultural peculiarities. Besides, it’s a great idea to localize the logo and also integrate various cultural elements in various ways. The use of colour palette including the saturation of colours is a striking feature of various cultures. For example, an American locale usually features intense shades of orange, blue, purple and yellow etc. But the locales in France is usually known for the use of orange that is not so intense.

Local SEO Services  that enjoys all the advantages of a Localized Interface helps you outshine the competition. It helps cultivate an increased loyalty in the customers. And the accelerated and higher rates of conversion add to the revenue. Moreover, it’s interesting to note that a website that stands localized allows you to explore even the markets you might not have thought of targeting earlier.

What role does ORM play in the upkeep of your business?

Relevantly Authentic Content is the Key to Promote Your Business